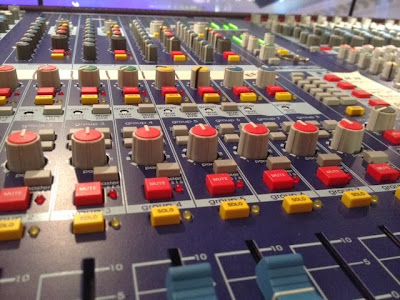 For example, on my commute home tonight, just two days before Christmas, there was not one Christmas tune within the 25 minute span of time I was in my car. Is there something wrong with that picture? Is it the programming of the syndicated radio services such as Air-1, or has there been no new music released by the Contemporary Christian artists?  I believe the problem lies on both sides of the fence. Many Christian artists are not releasing new Christmas music and stations appear not to be playing aged Christmas music as much as before.

This leads me to the following questions. Why do song writers write the songs they write, and what criteria do artists use to select the songs they want to include on a CD? Understandably Christmas music will potentially get less airtime than the non-Christmas style therefore creating a smaller revenue stream. But is money the reason we do the things we do? I would hope not.

So if you are a songwriter, music director, or even a station executive think about the following. Now, more than any other time of the year, people need to hear that a Savior came to this world to give people hope. The music should reflect the season to draw our attention to the birth of Christ.

Please don't tempt me to turn the dial to the classic rock station who is playing some form of seasonal music almost every other song. I would rather hear the truth from people who claim to know the truth.